The 6th Rally of the Bocheńska Land is behind us 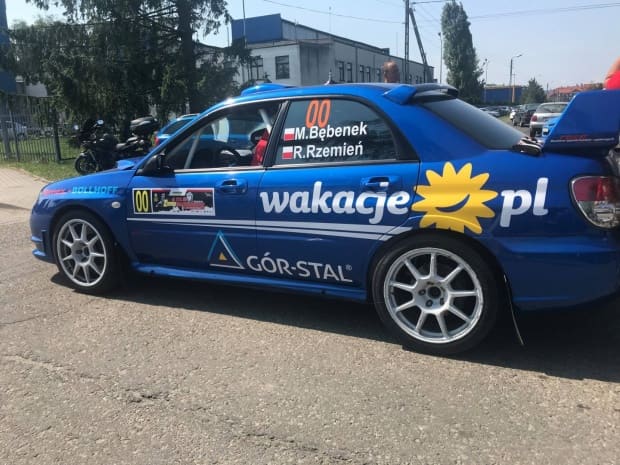 The Gór-Stal company supported the participation of Michał Bębenek in the 6th Rally of the Bocheńska Land, which took place on Saturday, June 2. Nearly a hundred cars lined up at the start of the rally, in which the crews presented their capabilities on special stages.

This is the sixth edition of the Janusz Kulig rally - an unforgettable rally champion from Małopolska. The crews participating in the event agree that technically difficult episodes are among the most demanding in the season.

- It was hot later rainy, and above all it was very fast. After a 5-year break, piloted by Rafał Rzemień for the first time, we arrived at the finish line showing that even such a long break did not beat us from the rhythm of driving, and who knows, maybe we will see each other again on rally routes - says Michał Bębenek, rally driver.

This year's edition of the rally was won by the Honda Civic Crew, Szymon Żrałok and Krzysztof Pietruszka - reaching for their first career victory with an advantage of over 25 seconds over the next crew.